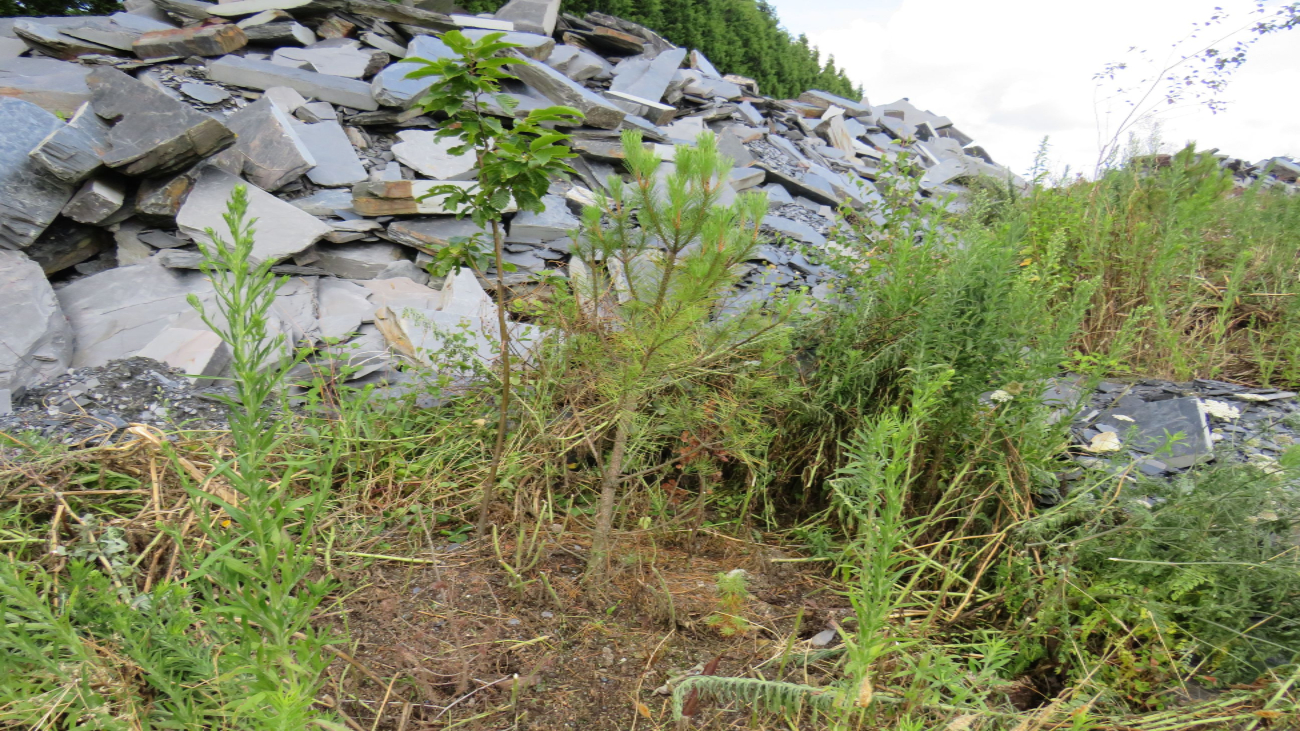 Edafotec has participated in the project “Application of new Micotecnosols and mycorrhiza-forming fungi to the bioremediation of soils disturbed and contaminated by slate mining for their rehabilitation as productive ecosystems (MICOTECNOSOLES II)” funded by the Galician Innovation Agency (GAIN) and co-financed by the European Fund for Rural Development within the Conecta Pyme 2016 Program. The project started on February 10, 2016 and finished on November 30, 2018.

The main objective of the MICOTECNOSOLES II project has been the design and production of new artificial soils to be applied in the rehabilitation of heaps affected by slate mining in Galicia and the aggregation of different species of Mycorrhizal Fungi (Mycorrhizoremediation) with special attention to the recovery of the productive use of soils.

The consortium has been formed by 4 SMEs: Hifas da Terra, Centro de Valorización Ambiental del Norte, Edafotec Suelos a la Carta and Compañía Gallega de Silvicultores. In addition, in 2017 the Environmental Technology Laboratory of the University of Santiago de Compostela (LTA-USC), linked to the Department of Soil Science, was subcontracted to carry out a study of the affected surfaces and the Chemical Engineering group EQ2 of the University of Vigo.

EDAFOTEC Suelos a la Carta has participated collaborating in the formulation and production of Artificial Soil specific for the establishment of mycorrhizal fungi and for the settlement of selected plants, as well as in the tasks of data collection and information published on the affected surfaces and the supervision of the tasks of analysis of the lithological substratum and soil.