Posted at 15:11h in Blog by EdafotecAdminEspanol

First some history of ideas, which is always good. In the seventeenth century, among other ideas, vitalism emerged in Europe. It developed in opposition to Descartes’ Mechanism which left out any explanation of what life was and how it worked. Vitalists maintained for some time the idea that, despite the redundancy, life was something that was beyond the experimental sciences, and of course not synthesizable. When in 1828, Friedrich Wohler, the rather confused-looking gentleman in the photograph, manages to synthesize urea, an organic substance from inorganic components, vitalism gives way to a new science, known as organic chemistry, which studies carbon and its relationships with other elements. 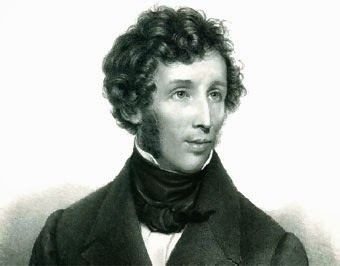 What does this have to do with compost and humus? They are both formed of carbon and nitrogen, as well as other elements and micro-organisms, and are governed by the laws of organic chemistry.

At EDAFOTEC we always say that nature does not make compost it makes humus. And who cares? A lot of people. When we add compost to the soil we are providing decaying organic matter, more or less mature, but without stabilizing it. Forgetting other factors such as structure, C/N ratio or sanitation, compost is not interchangeable with humus, when the soil loses humus, stable organic matter, we cannot fix this by adding compost, which, although organic matter, is different.

Primarily for one reason, maturity. Whoever puts compost onto a plot and waters it intermediately sees the vapour that goes into the atmosphere, the vapour is carried between other carbon and nitrogen in the compost, which fatally forms part of the greenhouse gases. The humus on the other hand is mature organic matter and when wet does not suffer the same effects, remaining stable in soil for a long time.

What do we do? Well, introduce humus to the soil, which is what we try to do at EDAFOTEC, but we will explain that another day.